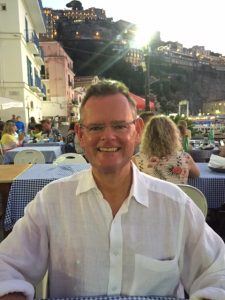 It is with deep regret that I notify the membership of Mike Flannery’s passing. Mike leaves his loving wife Liz, daughter Abi, son-in-law Edoardo, and grandson Benedict. Our sincerest condolences go out to each of them, and to all who loved him.

A long standing IIAI Member, I added Mike to the Roll of Fellows in June 2020. Involved with many projects at the IIAI Research & Development Centre, he collaborated regularly over many years with RDC Director, Paul Difford. For Centre’s such as ours, Mike’s experience, gained as an insurance underwriter, Director, in-house OSH and Projects specialist, consultant, investigator and expert witness, was invaluable.

On 22nd April 2021, Mike broke the news to Paul that he had been diagnosed with mesothelioma. He continued working for some time during his initial treatment, but sadly lost his battle with the disease a little over a year later.

A past Chairman of the IOSH South Downs Branch, Mike was known and respected by many. Whilst Trevor Williams and myself had jointly awarded Mike his IIAI Diploma in 2010, I did not see him in action until the Babcock hosted, 2012 IIAI Executive Committee Fellowship Lectures. There, it became immediately obvious that Mike was a consummate professional, a seasoned speaker, and knew what he was talking about.

In April this year, we lost a good friend, the RDC lost a brilliant researcher, and industry lost a truly dedicated, safety and risk management professional. Not least, the World lost a good man, and he will be missed by all who knew him.